GEORGE TOWN, Cayman Islands, Aug. 20, 2021 /PRNewswire/ — The VeriBlock Foundation, a Cayman Islands nonprofit dedicated to promoting the development and adoption of VeriBlock®‘s Proof-of-Proof® (PoP®) security technology, has partnered with Titan.io, investing in their powerful software and services designed to optimize and decentralize PoW mining at scale. 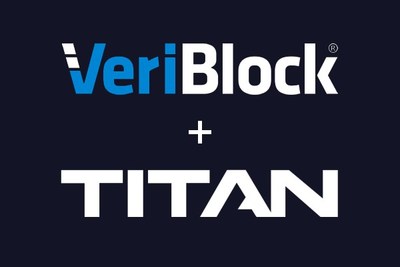 As part of the partnership agreement, Titan has endorsed VeriBlock’s Proof-of-Proof protocol, guaranteeing that they will include at least one PoP transaction whenever their pool mines a Bitcoin block. This significantly increases the security VeriBlock provides to blockchains that rely on it for Decentralized, Trustless, Transparent, and Permissionless («DTTP®«) security backed by Bitcoin.

«We’re excited to partner with Titan.io to further increase the security and robustness of the VeriBlock ecosystem and look forward to the altchain PoP mining optimizations this partnership can provide,» commented Justin Fisher, CEO and Co-Founder of VeriBlock. «It’s wonderful to work with partners like Titan who understand the benefits PoP adoption provides to the Bitcoin mining industry.»

The guarantee of mining pools like Titan.io to always include PoP transactions further solidifies VeriBlock as a leader in the blockchain security ecosystem.

«The Titan team has worked hard to develop North America’s first enterprise-grade Bitcoin mining pool,» said Ryan Condron, CEO and Co-Founder of Titan.io. «We’re excited to enhance our Bitcoin mining services with PoP, not only to make Bitcoin greener but also to increase Bitcoin miner revenue in a mutually beneficial way. We also look forward to exploring future use cases with the VeriBlock community as we develop our upcoming protocol, a decentralized peer-to-peer platform for building trustless hashpower tokens, DEXs, and other hashpower DeFi products.»

The Titan Mining Pool offers a powerful North American alternative and pathway for Bitcoin/PoW miners to achieve the efficiency and scale miners enjoy in other regions around the globe while introducing a new protocol for provable hashpower. The result is a new platform that gives miners better access to larger markets for their crypto compute power, allows others to invest and buy/sell this new commodity at reduced risk, and provides additional opportunities for the entire mining industry through financial derivatives/futures as well as services for lending, custody, OTC, and trading.

«Early on, we recognized the benefits VeriBlock provides both to Bitcoin miners and the world’s altchain ecosystem,» explained Matthew Roszak, Strategic Investor and Advisor in VeriBlock and Co-Founder of Titan.io. «We’re all excited to see Titan lead the charge in Bitcoin mining pools officially endorsing this technology, helping to harden the cement of the entire ecosystem while providing additional value to Titan miners.»

About the VeriBlock Foundation
The VeriBlock Foundation is a Cayman Islands nonprofit committed to increasing awareness and adoption of the VeriBlock Blockchain and its Proof-of-Proof (PoP™) security protocol. VeriBlock inherits security from Bitcoin in a completely Decentralized, Trustless, Transparent, and Permissionless («DTTP®«) manner, following the same attributes that made Bitcoin great and allows any other blockchain to reinforce their existing security with the full Proof-of-Work power of Bitcoin in the same manner. To learn more, you can join the project’s Discord or follow them on Twitter.