LOS ANGELES and CHARLOTTE, N.C., July 28, 2021 /PRNewswire/ — Triller, the globally popular AI-powered social media experience, today announced its entry into NASCAR with a partnership with driver Toni Breidinger, the 22-year-old rookie driver who has made history as the first Arab-American female driver in the circuit’s history. The partnership will begin this Saturday with the ARCA Menards Series race at Winchester Speedway in Winchester, Indiana. Breidinger will be driving the #25 Triller Toyota Camry after recently switching to Venturini Motorsports, a Toyota Racing Development team, for the remainder of the 2021 season. Breidinger, who already has one of the largest social followings for any NASCAR driver, will fully document her racing experience on Triller and will have her car wrapped with Triller signage this weekend. She is the all-time winningest female in United States Auto Club (USAC) history with 19 wins, a record that helped her move into NASCAR’s ARCA Menards Series this year. 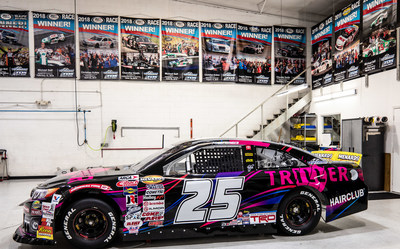 «Toni Breidinger is the perfect fit for our entry into NASCAR and all forms of racing for Triller,» said Bobby Sarnevesht, Chairman and Co-Owner of Triller. «She is a disruptive, smart, highly competitive, socially conscious and engaged athlete who our millions of followers are just starting to learn about. We look forward to helping to elevate her story and her platform and to connecting her with the stars who are already deeply involved in Triller, as well as giving our followers a first look into NASCAR and helping to grow the sport with a younger and very engaged and loyal audience.»

«As a young athlete who has diverse interests and wants to have young people get excited about the sport I love, racing, Triller is the perfect place for me,» Breidinger said. «The mix of engaged socially conscious young people from around the world is the audience I want to connect with, and I think as we grow together all will learn, have fun and experience new events together. I am thankful for this partnership with Triller and for them to believe in female athletes and especially in motorsports.»

In February, Breidinger made history as NASCAR’s first Arab-American female driver, when she raced in the ARCA Menards Series at the Daytona International Speedway, finishing in 18th place out of 33 — ahead of the two other women who competed, and earning her an appearance on «Ellen.» She is one of 10 females competing across NASCAR races this season.

The partnership will begin with the ARCA Menards Race at Winchester Speedway in Winchester, Indiana, and will continue for all five of her races this season: August 22 at the Illinois State Fair in Springfield Illinois; September 5 at the DuQuoin State Fair in DuQuoin, Illinois; October 23rd at Kansas Speedway in Kansas City, KS; and November 6th at Phoenix Speedway in Phoenix, AZ. Toni currently races in the ARCA Menards Series, a feeder division into the Nascar Touring Series. In 2021, Toni placed 18th at Daytona, 12th at Talladega, 12th at Kansas, and 20th at Charlotte.

This is the latest part of a progressive strategy that Triller is going to extend into sports. In addition to the highly successful Triller Fight Club series, which continues with the first of a long series of Tuesday night fights at Madison Square Garden and will also feature the September 11 matchup between Oscar de La Hoya and Vitor Belfort at the Staples Center in Los Angeles, Triller is an exclusive broadcast partner of the BIG3, the official creator of the new global sport, FIREBALL3, and purchased premium entertainment and sports channel FITE earlier in the year. The platform continues to also engage in large scale promotions marrying sports and entertainment, including hosting the cast of Space Jam 2 at Triller House in LA prior to the premiere of the film starring LeBron James, Don Cheadle and other NBA and WNBA stars.

Triller will have additional announcements about new partnerships in all areas of global sport in the coming weeks.

Triller, Triller Fight Club and FITE are owned by TrillerNet, a first-of-its-kind company consolidating technology and content platforms to lead the move to Internet 3.0. TrillerNet pairs the culture of music with sports, fashion, entertainment and influencers through a 360-degree view of content and technology. TrillerNet—which owns the globally popular Triller app used by musicians, celebrities, athletes, and overall culture setters—has more than 300 million users worldwide. The Triller app—unlike other popular short-video apps it is often compared to, encourages its users to post the content created on the app across other social media platforms and websites. The app uses proprietary AI and Machine Learning technology which is uniquely tied to the content rather than the user. By tracking the content, Triller empowers its tastemakers and users to push their content virally to affiliated and non-affiliated sites and networks reaching hundreds of millions of additional users. Data and insights gleaned from the Triller network, its creators, artists and users (from the app and off network) are used to program longer-form content, connect users across the web with the content, and provide unprecedented opportunities for engagement and monetization. TrillerNet has developed highly successful campaigns that begin with the app and continue throughout the entire content and technology ecosystem with some of the biggest brands in the world, including Pepsi, McDonalds, Weedmaps, DraftKings, L’Oreal, and many others. TrillerNet offers brands a unique content and technology solution, including direct deals with the influencers and celebrities. This branded content journey starts with short-form video and can easily expand into valuable long-form content distributed through the Triller Network, such as live-event boxing and music PPVs, fashion shows, and episodic reality content on TrillerTV. Some of the more than 65 original half-hour TrillerTV shows include The D’Amelios Family’s «Ask a DAM Question,» Jennifer Lopez In The Morning, Jake Paul: Staying On Top, 2 Chainz Let’s Do It, DJ Khaled’s Spreading Love, Hype House’s Thomas Petrou’s Coffee Talks, Josh Richards’ Josh Pong, Ur Lov’d: the Noah Beck Show, Fat Joe’s Masterclass, The Perez Hilton Show, and Violet Benson’s Too Tired To Be Crazy, among others. TrillerNet additionally owns Verzuz, the massive live-stream music platform launched by Swizz Beatz and Timbaland, and Triller Fight Club (www.TrillerFightClub.com), which launched last year with the highly successful Tyson-Jones Fight which shattered digital PPV records. Other holdings include leading AI-powered customer engagement platform Amplify.ai, and FITE, the premier live event and PPV, AVOD, SVOD streaming platform. 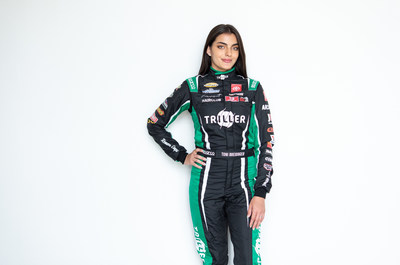 Herta Takes Honda to the Pole at Laguna Seca

Xi’an Taking Measures to Ensure the Smooth Running of National Games, Accelerates the Adoption of Healthy Lifestyles across the Local Community