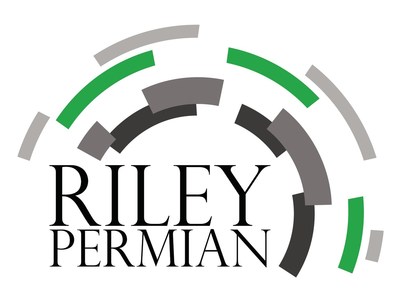 Commenting on the fiscal third quarter performance, Bobby Riley, Chairman and CEO, said, «Riley Permian continued to perform well in the fiscal third quarterly both operationally and financially. We currently remain on track to achieve our best fiscal year performance in history across numerous operational and financial performance metrics. We were pleased to have completed a material capital raise during July 2021, which is notable given challenges in capital markets for smaller, exploration & production companies. We appreciate the support of investors who participated in the raise and for the support to accelerate our EOR program development, which has already begun. Finally, we were pleased to have paid last week our most recent dividend, continuing a standard of rewarding our shareholders through direct return of capital.»

The Company has accelerated development of its EOR project, which will now include 12 vertical injection wells in our 960- acre project area. The drilling rig for the vertical injection wells has been contracted and is scheduled to arrive during September 2021. The Company will conduct drilling, casing and logging operations on the injection wells through end of calendar year 2021. Water and gas line infrastructure has been ordered, and we anticipate installation during the calendar fourth quarter of 2021 and calendar first quarter of 2022. The physical infrastructure connection to the CO2 pipeline source, commonly called a tap, has a turnaround time of six to nine months due to the specialty nature of the product and supply chain constraints. Based on current estimates, we anticipate initiating water injection for the project during the calendar second quarter of 2022, which will continue for several months, such that the slower timing of the CO2 tap may not impact our planned development schedule. After the reservoir is sufficiently re-pressurized and the CO2 tap has been installed, we plan to initiate a combination of CO2 and water injection.

With regard to choice of CO2 and procurement, the EOR project will begin using natural CO2 given ease of availability, reliability and price. The Company is currently finalizing customary agreements with a reputable counterparty for both supply of CO2 product and for the CO2 tap connection. We maintain the optionality to potentially switch to using anthropogenic CO2 with this or subsequent project areas as sources become available at attractive economics. With the CO2 tap installed, Riley Permian will have access to a wider network of CO2 pipelines, creating flexibility for sourcing CO2, including the anthropogenic potential.

The Company continues to investigate numerous anthropogenic source possibilities in conjunction with carbon capture, utilization and sequestration («CCUS») efforts, including ongoing discussions with several counterparties.   At the same time, we are monitoring potential changes to federal tax incentives and other regulations currently being discussed at the national and Texas state levels. We continue to believe that a possible CCUS project, with Riley Permian participating as a developer, has the potential to be an attractive opportunity by itself, as well as a synergistic opportunity with our core upstream business.

Riley Permian’s total Cash Costs(1) for the fiscal third quarter of 2021 were $15.07 per Boe, representing a decrease of $1.11 per Boe or 7% compared to the fiscal second quarter. Third quarter Cash Costs(1) included lease operating expense («LOE») of $6.95 per Boe (which include ad valorem expenses), cash G&A expenses of $4.25 per Boe (excluding share-based and unit- based compensation expense, shown after the effect of gross profit from contract services derived from management services agreements), production taxes of $2.45 per Boe and interest expense of $1.41 per Boe.

As of June 30, 2021 Riley Permian had $6.9 million in cash and $97.5 million drawn on our credit facility. Subsequently, in July 2021, the Company completed a public capital raise resulting in approximately $47 million of net proceeds. As of August 6, 2021, the Company had $6.8 million in cash (after funding the August dividend), $62.0 million drawn on our credit facility, with $73.0 million of availability for future borrowing under the facility and approximately $80 million of total liquidity.

CONFERENCE CALL
Riley Permian management will host a conference call for investors and analysts on August 13, 2021 at 8:00 a.m. CT to discuss the Company’s results. Interested parties are invited to participate by calling:

An updated company presentation, which will include certain items to be discussed on the call, will be posted prior to the call on the Company’s website (www.rileypermian.com). A replay of the call will be available until August 27, 2021 by calling:

About Riley Exploration Permian, Inc.
Riley Permian is an independent oil and natural gas company focused on steadily growing its reserves, production and cash flow per share through the acquisition, exploration, development and production of oil, natural gas, and natural gas liquids in the Permian Basin. For more information please visit www.rileypermian.com.

This press release contains forward-looking statements within the meaning of federal securities laws. All statements, other than historical facts, that address activities that the Company assumes, plans, expects, believes, intends or anticipates (and other similar expressions) will, should or may occur in the future are forward-looking statements. The forward-looking statements are based on management’s current beliefs, based on currently available information, as to the outcome and timing of future events, including the current adverse industry and macroeconomic conditions, commodity price volatility, production levels, the impact of the recent presidential and congressional elections on energy and environmental policies and regulations, any other potential regulatory actions (including those that may impose production limits in the Permian Basin), the impact and duration of the ongoing COVID-19 pandemic, acquisitions and sales of assets, future dividends, production, drilling and capital expenditure plans, need for financing, competitive position, growth potential, severe weather conditions (including the impact of the recent severe winter storms on production volumes), impact of impairment charges, price and availability of CO2, and effects of hedging arrangements. These forward-looking statements involve certain risks and uncertainties that could cause the results to differ materially from those expected by the management of the Company.

These forward-looking statements involve significant risks and uncertainties that could cause actual results to differ materially from those anticipated, including, but not limited to, the risk that the Company may reduce, suspend or totally eliminate dividend payments in the future, whether variable or fixed, due to insufficient liquidity or other factors, potential adverse reactions or changes to the business or operations of the Company resulting from the recently completed merger, including the Company’s future financial condition, results of operations, strategy and plans; changes in capital markets and the ability of the Company to finance operations in the manner expected; the risk that the Company’s EOR and CCUS projects may not perform as expected or produce the anticipated benefits; the risks of oil and gas activities; and the fact that operating costs and business disruption may be greater than expected following the consummation of the merger.

Additional factors that could cause results to differ materially from those described above can be found in Riley Permian’s Annual Report on Form 10-K for the year ended December 31, 2020 and in its subsequently filed Quarterly Reports on Form 10-Q, as well as in the Registration Statement on Form S-4 filed by the Company with the SEC and declared effective by the SEC on February 2, 2021, each of which is on file with the SEC and available from the Company’s website at www.rileypermian.com under the «Investor» tab, and in other documents the Company files with the SEC.

The following table provides a reconciliation of Net Loss to Adjusted Net Income for the periods indicated:

The following table provides a reconciliation from the GAAP measure of Net Income (Loss) to Adjusted EBITDAX.

The following table provides a calculation for Cash G&A for the periods indicated:

The following table provides a calculation for Cash Costs and Cash Margin per BOE for the periods indicated:

The following table provides a reconciliation of Cash Flow from Operations – Continuing Operations to Free Cash Flow for the periods indicated: