NEW YORK, Aug. 4, 2021 /PRNewswire/ — You hear the voice of a symbiote in your ear all day. It needs to feed! If you let it out, it could wreak havoc. You’re so tired and need something that will quench the hunger. Two black tendrils leap from your back and grab the new G FUEL Black Ooze and Red Ooze — inspired by Sony Pictures’ upcoming highly anticipated sequel Venom: Let There Be Carnage, exclusively in movie theaters this fall! In reality, there’s only one way to get your tendrils on these two new G FUEL flavors: pre-order your limited-edition G FUEL Black Ooze and Red Ooze at gfuel.com through August 6th while symbiotes last. 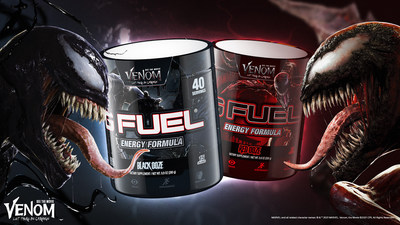 In Venom: Let There Be Carnage, Tom Hardy returns to the big screen as the lethal protector Venom, one of MARVEL’s greatest and most complex characters. Directed by Andy Serkis, the film also stars Michelle Williams, Naomie Harris and Woody Harrelson, in the role of the villain Cletus Kasady/Carnage.

«We’re delighted for the opportunity to team up with G FUEL. The combination of their strong brand attitude and the smart and distinct creative they developed for our collaboration will resonate with and excite Venom: Let There Be Carnage fans,» said Jeffrey Godsick, EVP of Global Partnerships and Brand Management and Head of Location Based Entertainment at Sony Pictures Entertainment.

«All of us at G FUEL are big fans of Venom, so creating crossover flavors with Sony Pictures that’s inspired by Venom: Let There Be Carnage has been really exciting,» said G FUEL Founder and CEO, Cliff Morgan. «G FUEL Black Ooze and Red Ooze pack a punch that’ll make you say, ‘We are Venom!'»

Which flavor will you choose? Pre-order your limited-edition G FUEL Black Ooze and Red Ooze collector’s boxes and tubs at gfuel.com/collections/venom before pre-orders close on August 6th. 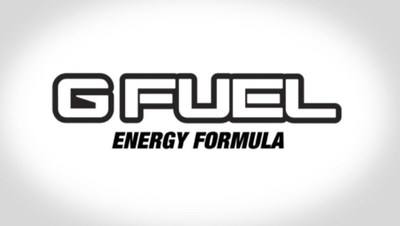