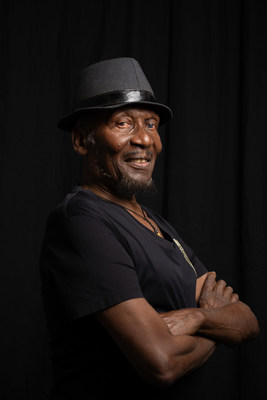 «As an African descendant, I am blessed and happy to display our unique human story of survival and triumph and to clothe this stage of my musical journey in the great achievements & lessons of Ancient Egyptian enlightenment that has so influenced the recent centuries of human civilization as reflected in obelisks and other Pharaonic monuments in the major cities and culture of the ‘new world’,» adds Jimmy Cliff.

«Human Touch» is out now August 6, Jamaican Independence Day, as a tribute to Cliff’s birthplace the Somerton District of St. James and his musical birthplace of Kingston, Jamaica. As one of the last surviving members of the great generation of Reggae pioneers who have since passed  (Bob Marley, Peter Tosh, Bunny Wailer, Toots Hibbert), he helped bring the genre to all corners of the globe and helped it gain worldwide popularity. Jimmy Cliff’s impact on music and culture is inescapable. He received Jamaica’s highest honor «The Order of Merit.» He is one of only two Jamaican Rock and Roll Hall of Fame inductees—Bob Marley being the other. His critically acclaimed album Rebirth was awarded the GRAMMY Award for «Best Reggae Album» and was selected as one of Rolling Stone’s «50 Best Albums of 2012.»

Immortal anthems including «Wonderful World, Beautiful People,» «You Can Get It If You Really Want,» «The Harder They Come,» and many of his other singles such as «Wild World,» «Hakuna Matata» (with Lebo M.) have had chart success across the globe including Australia, Austria, Belgium, France, Germany, Ireland, Italy, Netherlands, Switzerland, U.K. and New Zealand.

Everyone from Annie Lennox to Paul Simon has sought him out for collaborations, while Bruce Springsteen, Willie Nelson, Cher, New Order, and Fiona Apple have recorded notable covers. Springsteen’s «Trapped» was included on the We Are The World benefit album. Bob Dylan announced Cliff’s track «Vietnam,» «the greatest protest song ever written.» A distinctive screen presence, he had a starring role in the film and on the soundtrack for the 1972 classic The Harder They Come, which drew an international spotlight on reggae. His career in film includes his wonderful version of «I Can See Clearly Now,» from the ‘Cool Runnings’ soundtrack and his other film appearances include Club Paradise, Muscle Shoals, Marked For Death, and more.

2021 promises to be another pivotal year in Cliff’s career as he prepares for the release of his upcoming album and celebrates the 60th anniversary of the founding of Beverly Records and as label, artist and producers, their seminal influences in Island Records 60th. 2022 will mark the 50th anniversary of the acclaimed film and soundtrack, The Harder They Come.