WASHINGTON, Aug. 20, 2021 /PRNewswire/ — Two significant court rulings have put a halt to the Biden administration’s efforts to end an effective border security program and the deportation of illegal aliens already in the United States. The question is now whether or not they will comply in good faith. 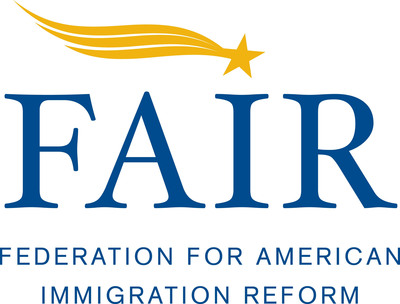 Last week, in response to a lawsuit brought by the states of Texas and Missouri, the District Court for the Northern District of Texas ordered the Biden administration to reinstate the Migrant Protection Protocols (MPP) program, which requires people seeking to enter a political asylum plea to remain in Mexico until a hearing on their request can take place. Judge Matthew Kacsmaryk ruled that the Biden administration had failed to comply with the Administrative Procedures Act (APA) when it ended MPP, and that doing so «has contributed to the current border surge.» Last night, the Fifth Circuit Court of Appeals denied the Biden administration’s request to stay Judge Kacsmaryk’s ruling.

In a second significant ruling yesterday, Federal Judge Drew Tipton imposed a preliminary injunction on the Biden administration’s restrictions for U.S. Immigration and Customs Enforcement (ICE) officers that significantly narrowed the categories of illegal immigrants that could be subject to arrest or deportation. Under the guise of «prosecutorial discretion,» the Biden administration excluded nearly all illegal aliens from deportation. In April, just 2,962 people were deported, the smallest total ever recorded for a single month.

«Beginning on Day One of this administration, the president made clear his intent to ignore and subvert the immigration laws of the United States – many of which he helped enact during his decades in Congress. In the past seven months, the result of President Biden’s defiance of the law and the responsibilities of his office, is an unprecedented immigration crisis that endangers the health and safety of the American people and the security of the United States,» declared Dan Stein, president of the Federation for American Immigration Reform (FAIR).

«The rulings of several courts over the past week make it clear that the president does not have the authority to unilaterally cancel international agreements and negate an entire body of laws by refusing to enforce them. In a constitutional democracy, prosecutorial discretion does not give the president the authority to act with impunity and render laws meaningless,» said Stein.

«Belatedly, months into a self-induced crisis that has inflicted enormous damage on the nation, the courts have finally stepped in and ordered this lawless administration to uphold our laws and avoid improper termination of prior policies. The American people expect President Biden to respect the rulings of the court and fully restore MPP, while actually enforcing our immigration laws,» charged Stein.

«The Biden administration, however, has done little to suggest it will comply in good faith with these court orders or chart a new path on the policy front. This week they announced a new rule that would allow asylum officers – the most open borders contingency in the federal government – to grant full and immediate asylum at the southern border. They are essentially circumventing immigration judges they cannot control, and directing officers to get to ‘yes’ under rules they write, instead of the law,» Stein concluded.

ABOUT FAIR
Founded in 1979, FAIR is the country’s largest immigration reform group. With over 3 million members and supporters nationwide, FAIR fights for immigration policies that serve national interests, not special interests. FAIR believes that immigration reform must enhance national security, improve the economy, protect jobs, preserve our environment, and establish a rule of law that is recognized and enforced.