PHILADELPHIA, Aug. 2, 2021 /PRNewswire/ — Scientists at Children’s Hospital of Philadelphia (CHOP) have identified two proteins that could be used for a potential vaccine against nontypeable Haemophilus influenzae (NTHi). Working in a mouse model, the investigators found that administering two bacterial adhesive proteins that play a key role in helping the bacteria to latch on to respiratory cells and initiate respiratory tract infection stimulated protective immunity against diverse NTHi strains, highlighting the vaccine potential. 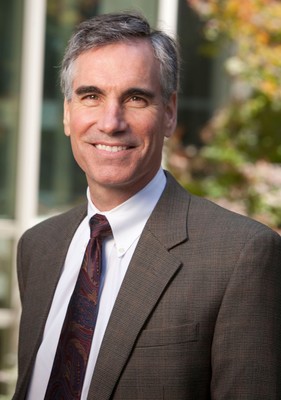 The findings were published today in the Proceedings of the National Academy of Sciences.

«Nontypeable Haemophilus influenzae is the most common cause of bacterial respiratory tract infections such as middle ear infections, sinus infections, and exacerbations of chronic obstructive pulmonary disease (COPD) and other underlying lung disease, resulting in significant morbidity in both children and adults. This organism is also an important cause of invasive disease such as sepsis and meningitis. Currently there are no vaccines or other approaches to protect against infection due to this organism,» said senior study author Joseph W. St. Geme, MD, Physician-in-Chief and Chairman of the Department of Pediatrics at Children’s Hospital of Philadelphia. «Our study has identified two proteins that stimulate both an antibody response and a broader cell-medicated immune response that protect against diverse strains of NTHi influenzae and thus may be valuable for inclusion in a vaccine to protect against a full range of NTHi disease.»

Because there are numerous strains of NTHi, it has been difficult to develop a vaccine that protects against infection. Surface antigens, which are typically used for immunization, vary from strain to strain, and thus antibodies against one strain of NTHi often do not protect against another strain.

To circumvent this challenge, the investigators focused on HMW1 and HMW2, two high molecular weight adhesive proteins involved in NTHi colonization of the nasopharynx, the first step in the pathogenesis of NTHi disease. These adhesive proteins are exposed on the surface of the bacteria and are present in approximately 75 to 80% of NTHi strains.

Using a mouse model, the researchers found that immunization with HMW1 and HMW2 stimulated the production of antibodies that were protective against the strain of NTHi from which the adhesive proteins were derived. Although the antibodies were specific to the parent strain of NTHi, the investigators found that immunization with HMW1 and HMW2 also provided protection against bacterial colonization by other NTHi strains, stemming from stimulation of cell-mediated immunity and production of interleukin 17.

«These results indicate that mice were protected against infection by heterologous strains, despite an antibody response that was strain specific,» St. Geme said. «Taken together, the findings in this study highlight the vaccine potential of the HMW1 and HMW2 proteins.»

This work was supported by the National Institute of Allergy and Infectious Diseases (NIAID) under the training grant in Microbial Pathogenesis and Genomics (1-T32-AI-141393-01).

About Children’s Hospital of Philadelphia: Children’s Hospital of Philadelphia was founded in 1855 as the nation’s first pediatric hospital. Through its long-standing commitment to providing exceptional patient care, training new generations of pediatric healthcare professionals, and pioneering major research initiatives, Children’s Hospital has fostered many discoveries that have benefited children worldwide. Its pediatric research program is among the largest in the country. In addition, its unique family-centered care and public service programs have brought the 595-bed hospital recognition as a leading advocate for children and adolescents. For more information, visit http://www.chop.edu