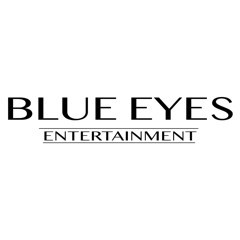 Featuring the Valdosta High Football program, the immersive and deeply personal series highlights the grueling and heartfelt commitment of players against a backdrop of community support, and ever-rising school pride. Also showcasing never before seen footage surrounding high school football’s most controversial coaches, Rush Propst, the series offers an intimate look at the emotions behind the sport, and relationships in play—all in eight, 30-minute episodes that tackle the attention of viewers and never let go. You can view the official trailer for the series here.

"Titletown High is what happens when high school football meets the unprecedented, behind-the-scenes access of multiple cameras, over twenty microphones and 7-days a week filming," explained show creator and producer, Jason Sciavicco. "Fans will have a never-before-seen view that showcases the politics, pride, and controversy behind one of the nation’s leading football programs."

Formed on the heels of "A Season With…," a groundbreaking documentary series on Showtime transporting viewers into the lives of the Florida State Seminoles football team, the new newly announced "Titletown High" offers unfettered access inside the lives of typical teenagers, exposing the pressures, successes, and failures in their lives, on and off the field.

"Titletown High delivers a complex portrait of the most unique football culture in America." (Netflix)

Sciavicco, who has over 20 years of experience producing hit series for major networks such as FOX, ABC, CMT, and MTV, used his extensive network of contacts to bring on two of music’s biggest stars for the series.

Country music superstar and current ACM New Male Artist of the Year winner Jimmie Allen serves as Executive Music Producer for the series, and his song "Big In A Small Town" is set as the theme song for the show. The song will release simultaneous to the show’s premiere and can be pre-saved HERE.

"Having an executive role behind the camera has always been a dream of mine, so I’m thrilled to be the Executive Music Producer on Titletown High," said Allen. "I loved using music to enhance the show’s already compelling nature and can’t wait for viewers to hear incredible songs from many amazing artists. Having my song ‘Big In A Small Town’ serve as the show’s theme song was the cherry on top!"

While multi-platinum selling recording artist and record producer, G-Eazy’s unreleased track, "Breakdown," produced by Dakari, featuring GRAMMY-nominated singer Demi Lovato serves as the soundtrack for the recently released trailer and can be heard multiple times within the series. The song is off G-Eazy’s highly-anticipated forthcoming album These Things Happen Too. Pre-save "Breakdown" HERE

"I felt like this song perfectly captures the roller coaster of emotions in the show and the intense feelings brought on by the pressures of successes and failures in life," said G-Eazy. "Hearing this song with their stories brought the meaning behind the lyrics to a whole new level. We’re hella excited to be a part of this series!"

About Blue Eyes Entertainment
Blue Eyes Entertainment and Jason Sciavicco have a long history of producing compelling, energizing, all-access sports documentaries for well-known networks such as Showtime and Facebook. Focused on creativity, integrity, and innovation, the team is led by Sciavicco, who has been producing with leading networks like ABC, NBC, ESPN, MTV, CMT, and OWN for over 15 years. With shows that include THE RUCH LIFE, INSIDE THE MADNESS: KENTUCKY BASKETBALL, FRIDAY NIGHT TYKES, and ESPN: VARSITY INC, the Blue Eyes Entertainment team delivers quality programming with an inside look to rising stars in sports, music, and more. www.blueeyesent.com