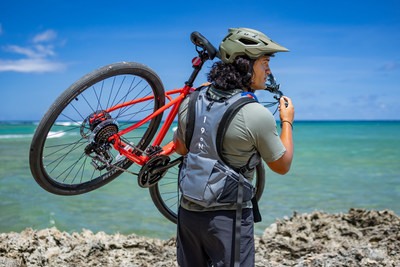 The liquid cooling system, called ThermoCore™, provides up to 50% better heat extraction compared to best in class cooling vests, reducing the wearer’s perception of atmospheric temperatures by up to 20°F. The system includes a reservoir that feeds cool water through the patented polymer microtubing sewn throughout the pack’s chest, shoulder, and back, which captures heat from the body. Designed for the realities of climate change, Honu enables better endurance, higher performance, and faster recovery for athletes and outdoor enthusiasts in increasingly hot environments.

«We set out to create an advanced heat-transfer undergarment for U.S. military personnel who work and operate in extremely hot environments,» said Jimmie Harris, one of the founders of 19°N. «The team quickly realized that athletes, adventurers, and weekend warriors could benefit from our cooling tech as well. For example, we saw a picture Rafael Nadal in a cooling vest, which was really just a nylon jacket with ice-pack pockets all over it, and we knew we could make something that worked better. The Honu Cooling Pack is the result – an advanced circulatory cooling pack.»

Research has shown that liquid cooling garments, which mimic the biomechanics of thermoregulation, are the most efficient way to cool the human body—far more efficient than cold compresses. The ThermoCore system draws upon these fundamentals of human physiology as well as nearly a decade of intensive R&D by 19°N to create their highly conductive tubing material with double the thermal conductivity of PVC or Tygon.

The development of ThermoCore began with R&D for the US military. 19°N worked with the Army, Navy, and SOCOM special forces to land on a tubing material that combined optimal thermoconductivity with strength, flexibility, and mobility. The resulting cooling garment received an overwhelmingly positive response from tests at Pearl Harbor Naval Shipyard in Hawai’i and in advanced performance tests conducted at USARIEM. The Honu pack’s civilian form and function were then tested and refined based on feedback from professional triathletes, firefighters, and hikers training in Hawaii’s hottest and most demanding environments.

The Honu pack sits at the intersection of military-grade strength and athletic performance, where strict capability and durability requirements converge. 19°N is launching preorders of the Honu cooling pack on Kickstarter, beginning August 24th, 2021.

Learn more by visiting https://19degreesn.com/ and contact hello@19degreesn.com for more information. 19°N Hawai’i is a brand of Oceanit Laboratories, Inc. 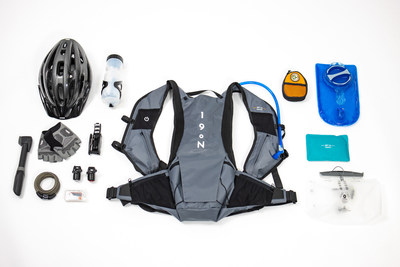 Jack in the Box Announces its Starting «Jackletes» Line-Up

Set A Successful And Fashionable Routine This Fall With Casio